Last winter’s cover crop season was disappointing, said Nick Bowers, a pioneer in the cover cropping revolution and a partner in the Oregon-based KB Seed Solutions.

Even though newer varieties of annual ryegrass are hardier in tough weather, the winter of 2013/2014 was “the worst in 25 years,” he said. “When you have winter wheat and cereal rye not surviving a winter, you know it’s been severe, and that’s what we saw last year.”

Nonetheless, his sale of cover crop seed hasn’t been hit too badly. And that’s because of two things:

“Those who’ve been in the cover crop program for more than three years are sold…they’ll never quit,” Nick said, “because they’ve seen the benefits in better crop yields and improved soil conditions.”

His advice to new adopters of cover crops has always been to “be cautious, start simple.” He worries that with new government incentives offered, growers will jump in without enough information or experience. He suggests planting small plots of cover crops and check strips, so as to compare results side by side in a field.

But those farmers with whom Nick has been working now for over seven years all tout the virtues of staying with the cover crop effort. “One guy who had years of erosion problems was saying that the water leaving his fields is now cleaner than when it arrived,” he continued. And that’s only the beginning of the benefits, Nick said.

Last year, with the growth in use of cover crops, seed suppliers seemed to find themselves low on seed when July and August came around. While supplies seem stable now, it would be a good idea to lock in your order soon.

Some apply it themselves, whether the old fashioned way, with a drill. In fact, that’s the surest way to get good soil to seed contact. But more often, growers are opting for aerial applications, whether by plane or with high clearance equipment retrofitted with a seeding boom. Both of these applications predate harvest, so as to get annual ryegrass on the ground with lots of time for optimum growth in the fall. Click here for a page of info on planting.

Here’s a link to a page with most of Oregon’s annual ryegrass seed growers. Many of them also grow other cover crop seed too, whether crimson clover or radish or another. Most, if not all, have staff available for free consulting. Many also have sales and crop consultants living in the Midwest.

One thing to ask the grower, or seed dealer: has this seed been grown successfully in the Midwest as a cover crop? This is a question that will get at two variables…the first – is it winter hardy? And the second – have you had any trouble killing the crop in the spring? 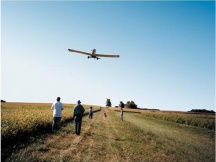 In February, a select group of 300 cover crop experts gathered in Omaha to discuss the prospect of massively enlarging the number of cover crop acres in the Midwest.

At present, there’s an estimated 2,000,000 to 3,000,000 acres of corn and soybean cropland now being improved with cover crops each year. The meeting’s purpose – to explore how to expand that number to 20 million acres in the next six years.

Click here to see presentations of innovative growers who are showing the way how we’ll get there.

Sales of annual ryegrass seed this year have been “pretty good” said Illinois-based agronomist Ron Althoff. Even with extremely dry summer months, farmers were banking on enough rain to germinate annual ryegrass seed, while also hoping against a subsequent dry spell that could wither the new cover crop.

It’s a risk many are willing to take, after having seen the value of cover crops in the 2012 season, when corn and soybean production yields were 10 to 12 percent higher on acres where cover crops were used, according to a Midwest farm survey by the Sustainable Ag Research and Education program (SARE). Just that news has precipitated a continued rush to find cover crop seed. The research also indicated that the number of acres planted continues to climb steadily, increasing nearly one-third this year over last year.

Althoff, a seed dealer for Oregon-based Saddlebutte Ag, said that planting annual ryegrass has become more popular by airplane, or with high-clearance equipment, into a standing corn or soybean crop. Drilling cover crop seed after harvest gets trickier with a late harvest because annual ryegrass needs about 40 days of above freezing weather to establish well.

Althoff said that while he prefers annual ryegrass, farmers can plant other cover crops later because they need less time to establish.

“Corn grown on annual ryegrass cover crop got in some cases 50 bu. better yield than average,” he said. With that kind of return, it’s clear why people are finding the investment for cover crops worthwhile.

Mike Plumer put in cover crop demonstration plots at the Farm Progress Show this year. Imagine, growing a test plot on the no-till Fairgrounds (Decatur, IL) in wheat mulch. Imagine planting a cover crop in the Spring and hoping to get enough moisture to show to people a good stand in August!

As an agricultural practice, it stinks. But as a educational tool, it was a great success.

“We had 18 field plots (20 x 40′) with all sorts of cover crops. Among them were annual ryegrass, crimson clover, cereal rye, vetch, oats and radish,” Plumer said. “We only got one-tenth of an inch of rain in the weeks running up to the Fair, but thankfully there was good sub-soil moisture.

Plumer said the reception by the public was extremely good. He said that the majority of attendees were not new to cover crops and that many came with very specific, sophisticated questions about cover crop varieties, seed mixtures, planting options and management techniques.

“Acceptance of cover crops has grown tremendously in the past few years,” he added. The Conservation Technology Information Center estimates an increase of 350% in just the past four years.

With corn and soybeans coming off the fields late this fall, more producers have resorted to aerial or broadcast seeding of cover crops into standing corn and soybeans. Click here for more information about that practice.

Many people ask us where to buy annual ryegrass seed for use as a cover crop in the Midwest. We’ve finally put together a list. Click here to access information.

In a recent post, you were invited to download a publication that explains about the varieties of annual ryegrass, and how important that you ask questions of your seed dealer before buying seed.

.Finally, if you’re wanting a comprehensive brochure about annual ryegrass as a cover crop, click here.

In past years, we’ve published pretty standardized rates for seeding annual ryegrass into corn and soybeans. The rates vary from about 12 llb/ac (drilling) to 25 lb/ac if broadcast or aerial seeding. Click here to go to our four-page management guide or here for our handy Quick guide.

Now, even among experts, there’s some thought to lowering the recommended seeding rate, in order to save money but also to make it easier to manage the ryegrass in the field.

Mike Plumer has seen instances where annual ryegrass was too heavy, creating difficulty drilling into it after burndown. The root mat of annual ryegrass, if too dense, can complicate the closing of the seed trench. Further, he says that annual ryegrass roots seem to go deeper if the stand is thinner, because the plants don’t have as much competition with each other. He’s seen effective stands at as low as 8 lb/ac and thinks the 25 lb/ac is too heavy.

Dan Towery is more cautious about cutting back on the recommended seeding rate. While he agreed with Mike that certain growing conditions would warrant less seed/ac, he doesn’t want to end up with stands that are too thin. He said that the 2012/2013 cover crop season was unusual in that annual ryegrass did super well. The reasons: lots of residual N in the field from last year’s drought, September rain that got the ryegrass established well and a long spring that prolonged the cover crop season.

The consensus decision, after more discussion, will manifest in a modification of language in our brochures. Stay tuned…but it looks like growers will be advised to use best practices for your area and the climate conditions. That means asking the experts, whether at your seed supplier, your Extention agronomist….or your neighbor who’s been growing successful cover crops and can guide you on the local recommendations.

And then again, you can always contact us…we’ll put you in touch with Mike or Dan – or any number of other successful cover crop growers in your area – and you can hear it directly from them..

The Oregon Ryegrass Commission has published three helpful new flyers to aid in your selection and management of annual ryegrass as a cover crop.

Please let us know if these could use further information or clarification.

All of these and more are available on the Annual Ryegrass Cover Crop website.

The half-inch or so of rain in the Midwest this week has sprouted spirits, although with more warm weather forecast, the prospect for a reversal of fortunes on most corn crops is slim. The worst drought in more than 50 years has farmers mowing starved and stunted corn for sileage and bracing for similar hits with soybeans. (Make sure to check the nitrate levels in the corn stalks before saving it…too high a nitrate level can be fatal to livestock.) Even those able to salvage a corn crop this year will see vastly reduced yields.

Purdue’s Extension forage specialist Keith Johnson today recommended planting annual ryegrass, or another forage crop such as spring oat or forage turnip. Seeded early enough (August), farmers could get a grazing off the grass this fall, as well as next spring. Ryegrass would normally have a better chance of wintering over than oats or turnips.

Perhaps the only “silver lining” in the drought news is that there’s probably a lot of residual fertility in the soil that can be saved by planting a late summer cover crop, according to Nick Bowers, a seed grower in Oregon’s Willamette Valley. The good news with annual ryegrass: it’s inexpensive, it’s a scavenger of excess N in the soil and, even if it doesn’t germinate this fall, it will sprout next spring. If normal rainfall picks up, aerial seeding will be adequate, but drilling is otherwise advised. For more on seeding, check out this page.

Looking for another silver lining? Iowa State University climatologist Owen Taylor said it appears that this weather pattern – similar to 1956 and 1988 – comes in 20 year cycles. It appears, Taylor said, that we’re headed back to a “normal” pattern with an El Nino forming. Keep your fingers crossed.