Federal regulators aren’t generally applauded in farming circles. But in the wake of a destructive, wet spring in the Midwest, the feds have temporarily adjusted crop insurance policy to make planting cover crops easier and less expensive. The problem seems to be finding enough seed to take advantage of the shift.

The issue seems to be about crop insurance, and this spring a lot of people need to cash in on their policy because of poor planting conditions. Policy in place prevents farmers from collecting insurance on crop losses if they plant a another crop that could provide offsetting income. Lands under those stipulations are called “prevented” acres. 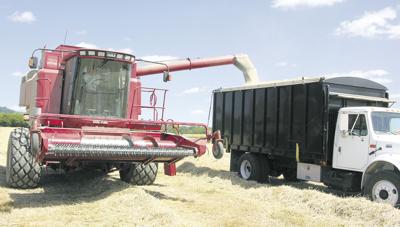 Here’s a link to a current story, and a leading paragraph describing the policy change: In a June 20 notice, the USDA Risk Management Agency announced that farmers who plant cover crops on prevented planting acres will be permitted to hay, graze or chop those fields as of Sept. 1 of this year, rather than the usual Nov. 1 start date.

The article in Oregon’s Capital Press gives background here, and explains why the policy shift was necessary:

“Typically, under the federal insurance program, to receive 100% payment, acreage prevented from planting due to an insurable reason, such as flooding, must remain idle or be planted to a cover crop that is not hayed, grazed or otherwise harvested until after Nov. 1.

The article goes on to say that the temporary policy change, coupled with winter damage to forages, has created the rush on cover crop and forage seeds that is expected to last through the fall planting window. The problem now is whether farmers can get seed.

In a Farm Journal article on the same subject, the writer said that the adjusted date for planting still may leave producers with enough time to plant even if seed isn’t available right away.

Wohltman cautions that for farmers wanting to plant a cover crop in the next week or two, there still won’t be many traditional options for purchase.

“For farmers willing to wait until July or even August when a new round of cover crop seed is available, things will be a little bit better,” he says. “New crop oats will be ready in mid- to late July, but new-crop rye will not be ready until mid-August at the earliest.”