Take a look at how these Midwest producers work with Annual Ryegrass: 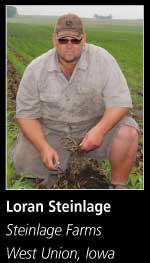 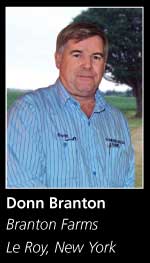 “Cereal rye can really get away from you in the spring. There’s less risk of that with annual ryegrass.” 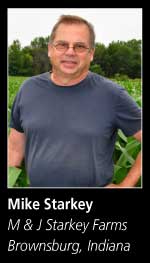 Mike plants cover crops on all his no-till corn and soybean acres. 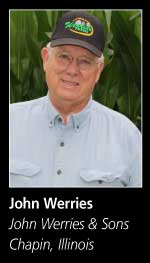 “The keys to successfully terminating annual ryegrass include making sure it’s actively growing. If your yard doesn’t need to be mowed – and not just because your wife tells you to! – it’s not time to start spraying your annual ryegrass.”

“Don’t start spraying too early in the morning and don’t spray too late in the afternoon. We use citric acid to lower the pH of the water to 5.5 or less. Our water from the city is 6.8. When we used a buffering agent to lower the pH in the spring of 2014 and 2015, we had a 100 percent kill.”

John strip-tills all of his corn acreage; about 90 percent of it is corn-on-corn. 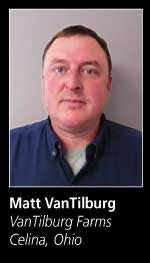 “If you want to have cover crop choices and to get good growth, you’ve got to use high-clearance equipment or fly the seed onto standing corn and soybeans. Otherwise, you have to wait until after harvest to drill the seed in, and by then you’re down to one choice – cereal rye.”

“I like the deep rooting of annual ryegrass. I like that it scavenges a lot of nitrogen. And I like that ryegrass doesn’t get so tall in the spring, which cereal rye can do.”

Matt plants 20,000 acres each year with annual ryegrass and a mix of other cover crops. 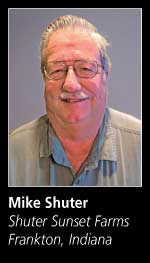 “High-clearance seeding into standing corn and soybeans gets cover crops off to an earlier start and also allows us to access fields that planes can’t reach. And we aren’t getting seed into my neighbor’s field, which can happen with planes.”

“We like the deep-rootedness of annual ryegrass because it breaks up compaction.”

Mike plants annual ryegrass as part of a custom mix of cover crops planted at the same time.