Remember the bumper sticker: “Every day is Earth Day for farmers?”

This Independence Day, think about that bumper sticker. Just because we farm, does it mean we’re in tune with everything Mother Nature brings forth? Does it mean that farming by the book, the way our fathers and grandfathers did, will make a difference for our sons and grandsons? Does Independence Day suggest we’re free, but only in the political sense? 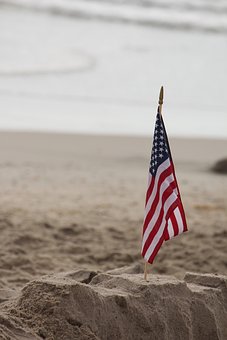 When it comes to agriculture, paying attention to interdependence is what makes a good farm great. Cover crops and no-till is a good example.

Interdependence means that we can improve our bottom line and increase our farm’s value by working with nature. Working hard comes with the territory. Working smart, in the framework of soil biology, will help everybody up and down the food chain.

Two of the most popular videos on the Ryegrass Cover crop YouTube site are:

In the first, Mike Plumer and others talk about the basics of no-till with cover crops. Mike, the late (and great granddad of cover crop reintroduction in the Midwest) Illinois agronomist, was instrumental in getting farmers to try cover crops. He was also among the first to begin to quantify the economic and environmental benefits of annual ryegrass.

In the second, Don Ball and Garry Lacefield introduce the basics of developing a successful forage program on your farm. In this segment, they talk about annual ryegrass, because of its ease of development and its superior nutrition. Dr. Ball is a professor emeritus from Auburn University; Dr. Lacefield is a professor emeritus from the University of Kentucky. The pair wrote a very popular book: Southern Forages, now in its 4th printing.

The Alberta (Canada) Agriculture and Forestry department encourages livestock producers to plant annual ryegrass as a forage crop. Here’s a link to the entire article.

In essence, they say that ryegrass and other annual crops provide flexible feed sources for livestock. Ryegrass has the advantage of being a quick crop to grow to extend grazing in the fall and/or spring.  It can be used as emergency forage if alfalfa is killed during the winter. It establishes quickly and produces a lot of forage in a short amount of time.Of course, excess can also be stockpiled as feed.

When managed intensively, ryegrass can be very productive, the article says. It goes on to say: The fact that the crop has little or no dormancy makes it an ideal fall pasture as it continues to grow and maintain its quality well into the fall, making them useful in extending the grazing season.

Until 2007, the forage testing program at Mississippi State University was limited to annual ryegrass. Nothing wrong with that particularly but producers continued to urge research agronomists to look at other species and varieties.

Then Rocky Lemus was hired and since then, the program has blossomed.”MSU has the only complete forage testing plots in the United States,” Lemus said. “We have 20 different species, 110 varieties and four different locations.”

Four different locations are used for test plots; both warm and cool season species are tested. And from the basic annual ryegrass, the mix of new options for livestock forage has expanded geometrically.

An article today in the McAlister News-Capital advises stock producers to consider annual ryegrass as a forage crop to promote healthy steers and balance sheets.

The author, an OSU Extension agent, said that annual ryegrass can be grazed in both the fall and spring, although the fall yield will be less:  900lbs of forage in the fall versus between 2 and 3 tons of forage from March through May – with added nutrients to the crop – and thus, “helping to reduce the winter feeding period.”

He said the nutrition value of annual ryegrass is high: “when in vegetative state, it will on average have a protein content of 12-16%.”

A Pennsylvania Extension educator has shown that intensive grazing on cropland low in organic matter can rebuild the soil quickly – in a matter of a few years in some cases. The cover crop and grazing practice also led to a “drastic increase in cation exchange capacity and water holding capacity of the soil,” according to the author, Sjoerd Duiker. (Read the article by clicking here).

Cation exchange capacity (CEC) refers to the soil’s capability to store and then provide certain nutrients, like calcium and magnesium, to crops grown on the soil. While soil types tend to dictate a CEC range, building soil organic matter greatly increases the capacity for cation exchange. That, in turn, determines the productivity of the soil and how much fertilizer you need to add.

Duiker said he sees potential for increased profitably by bringing grazing animals back on the croplands in the US. Crop and livestock experts he talked to advised combining nighttime-grazing and daytime stall feeding to allow for continued high milk production (75 lbs/day).

In terms of cover crop varieties used, Duiker mentioned annual ryegrass mixed with triticale for fall and spring forage and other crops like tillering corn, sudangrass, sorghum-sudangrass hybrids and forage soybeans, cowpeas, brassicas and sunnhemp for the rest of the year. He said that perennials are “tremendous soil builders and the annuals add benefits such as meeting forage needs during the summer slump when the weather is hot and dry as well as in late fall, and are a break crop between an old and new perennial pasture stands.”

Midvale, Nevada receives less than 5 inches of rain annually. The Klein’s have started a no-till and cover crop experiment that they hope will ultimately do three things:

Click here for the full article, in No-Till Farmer. In their first year of cover crop trials, 2013, the first-generation family operation (sugar beets,alfalfa, malt barley, beet seed, sheep and bees) planted a blend of cover crops, in June, to an acre parcel  on the edge of a center-pivot irrigation system.

The mix contained forage corn, sunflowers, sorghum, buckwheat, radishes, turnips, kale and some additional plant species. He seeded it at about 40 pounds per acre and then incorporated it with a harrow.

One thing that surprised them: the cover crop plants dominated other annual weeds and thrived, well into the fall, even after the first frosts. The second surprise: even after that one year, the soil in the acre of cover crop was “much more mellow.” And their sheep found the new crop tasty, which gave the Klein’s another possible source for supplemental forage value.

While tillage seems advantageous in the first year of cover crop planting, the type of equipment can be less aggressive. Eventually, the benefits to the soil will preclude the need for tillage, and far less water, they believe.

“The carrot at the end of that stick is better water infiltration and water-holding capacity. We have a gut feeling we’ll need less irrigation as soil quality improves, although it’s too early to confirm that,” said Richard Klein.

In 2014, the Klein’s planted five fields in cover crops, the largest of which was about 18 acres. By staggering the planting dates and using a GPS, they were better able to determine the best time to plant. This spring, they saw another benefit: the cover crop residue has reduced the impact of frequent seasonal wind storms on soil loss.

From the Canadian Cattleman magazine, a story from Alberta about a cattleman with an eye for steer health and profits. Click here for the whole article.

Andy Schuepbach, a registered Hereford breeder in southern Alberta, uses two varieties of ryegrass to provide fall and winter feed for his cattle. The high protein content of these grasses eliminates the need for any other protein source.

“We grow barley for silage, and after it’s seeded we seed 10 pounds of a mixture of Italian ryegrass and annual ryegrass. The Italian ryegrass has phenomenal feed value. We bale a little for our calves but use most of it for winter grazing,” he says.

The Italian ryegrass has fine leaves and is very palatable so young calves do well on it. Calves won’t eat coarse feed, and this grass is very soft. “We calve in February and March, and always struggle with ulcers in the calves. We have a lot of windbreaks and open-face sheds with bars across, halfway back, so the calves can get into the back part. This is where we set up a round bale with panels around it. The calves can eat the bale through the panel bars,” he explains.

Click here to access an article from a Missouri dairy specialist who advises planting forage crops in the fall to supplement feed stocks with healthy grasses and grain foliage.

“Ryegrass is not as early as cereal rye regarding spring grazing but will usually start growth earlier than most perennial pasture species.” An advantage of annual ryegrass, he said, is that it’s productive life into the spring as a forage is longer than winter annuals.

According to an article today in SE Farm Press, annual ryegrass is among the top quality forages available for livestock. Check out the article by clicking here: