Let’s review the facts about nitrogen, in the context of growing corn in the Midwest, and the connection to ryegrass as a cover crop.

One, corn needs a lot of nitrogen, and if corn is planted year after year in the same field, you will need to add nitrogen to bring the corn to harvest.

You already know that no-till will help stabilize the soil and help it regain its natural health. However, unless you plant a cover crop, you will continue to have to add a lot of nitrogen to feed the corn.

Secondly, it’s known that annual ryegrass “sequesters” nitrogen. As it grows, annual ryegrass absorbs available nitrogen from the soil and then sequesters, or stores, the nutrient in the foliage. When the cover crop is terminated in the spring, all that residual, stored up nitrogen is released. Annual ryegrass, because of its leaf structure, decays quickly in the spring, thus making its nitrogen available to the new corn as it begins to mature in late spring.

Lots of study has been done in the past 10 years about how much nitrogen is absorbed by annual ryegrass, and how much it can contribute back to the corn plants when the grass decays.

In an experiment studying annual ryegrass, Farm Journal Field Agronomist Ken Ferrie recorded per-acre costs for annual ryegrass and then calculated the value of the residual nitrogen left over in the spring, when corn was planted. the following graphic box indicates the costs/acre for seed, machinery, herbicide and application costs for terminating the ryegrass.

At the bottom of the graphic box,  Ferrie estimates that the amount of nitrogen added back to the soil from annual ryegrass was $75/acre. That is an average and some will experience less, especially if you are just adding cover crops to your management repertoire. However, some farmers have experienced better than $75/acre return of nitrogen from their annual ryegrass cover crop.

So, according to Ferrie, “after subtracting the value of the nitrogen saved, the total cost of the cover crop was $5.75 per acre.” Not bad, especially when you then factor in the added benefits of cover crops: improved soil structure, increased organic matter, increased water infiltration, controlled erosion and recycling additional nutrients, like Phosphorus (P) and Potassium (K). This “recycling” occurs due to annual ryegrass’s deep roots, which helps corn to develop deeper roots to access P and K from deeper soil structure.

Phosphorus is a major component in plant DNA and RNA. Phosphorus is important in root development, crop maturity and seed production. Potassium is required so than more than 80 enzymes in the plant can be activated. K is also important for a plant’s ability to withstand extremes temperatures, drought and pests. Potassium also  increases water use efficiency.

Finally, those who plant cover crops consistently experience higher corn yields, which translates into a profit to the pocket as well as to the continued health of farm acreage. 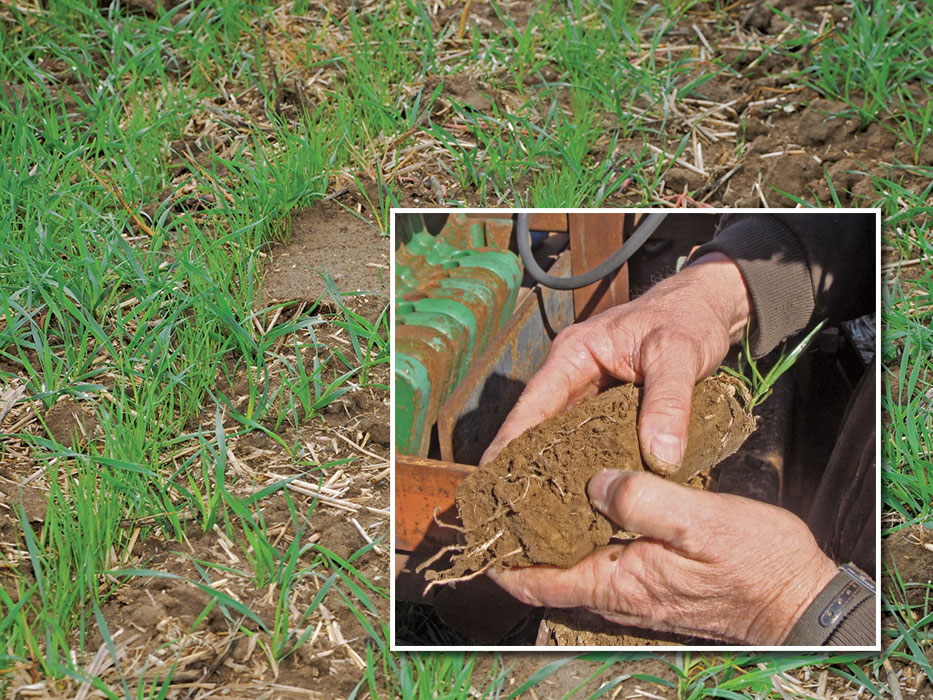 The article goes on to say that after killing the annual ryegrass, the roots decay and leave a network of channels for corn or soybeans to occupy. With continuous no-till, the channels created by annual ryegrass allow corn and soybean roots to push deeper each year.

With snow covering a lot of the Midwest this month, cover crops like annual ryegrass have a good chance of wintering over. That means continued activity in the soil, even if the vegetative part of the plant is dormant.

Annual ryegrass roots can dig all winter long, extending to a couple of feet or more by springtime. In the winter, the roots permeate compacted soil and open it up for better water infiltration and biological activity. These are important aspects of soil health and crop production next summer.

Here’s a recent article on annual ryegrass and other cover crops, from the Farm Journal, that outlines some basics in choosing a cover crop, some tips on selecting varieties and a lot of encouragement to try it out…even on a small test plot, until you get the hang of the management changes necessary for adding cover crops on a big time basis.

Here are a couple of other resources about annual ryegrass, how to grow it, where to get it, and how to terminate it in the spring.